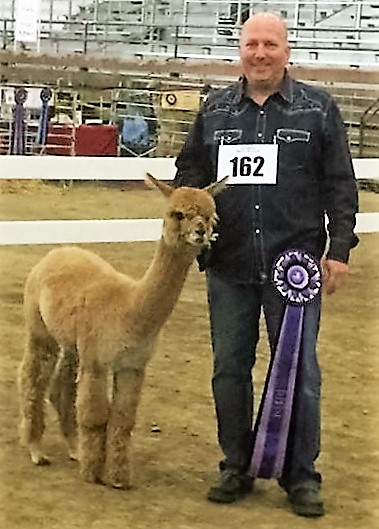 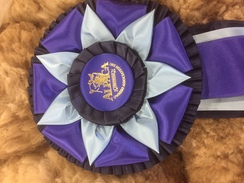 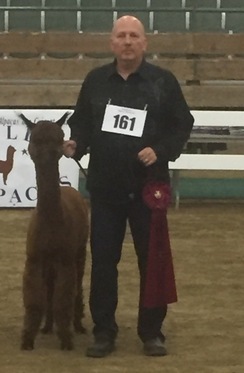 We always enjoy our time over at the NW Alpaca Showcase, held in Pasco, Washington. The venue is superb, a nice hotel is attached to the show arena and it’s always a time for socializing with our friends!

This fall, it seemed like we had the least amount of animals to show. Funny how that works, young females that are ready to breed are bred, boys are either pet or show quality and males start their breeding careers in the summer.

Our show string was comprised of six alpacas – three girls and three boys. The show requirement is a 2” fleece length and with the extreme dry heat this summer, our pastures were dried to a crisp – meaning that all forage was in the form of hay. We weren’t exactly sure that we’d make the fleece requirement, but thankfully everyone measured out.

Jeff made the 3-1/2 hour drive while I opted for the 36 minute flight after work. Flying in and missing out on the work suits me well and keeps me healthy, much to Jeff’s chagrin. We both love the shows to help keep us connected with our friends and then reconnect with people that we haven’t seen for a while.

The show started Saturday morning. We showed just two that day, taking two second places. Competition was tough with some big farms in the classes! Sunday, we showed three of the four remaining. We ended up scratching our white yearling girl.

Our big win was showing Atmos, our 13 month male in his fawn class of six. He was the youngest in the class and took first place, receiving glowing remarks from the renowned judge, Jude Anderson! We were thrilled to hear her remarks! Next up was the championship – and he took the color championship in fawn males! Amazing – just like his fleece! Atmos – great job~

With five animals shown, the final ribbon tally was four second places, 1 first and Color Championship! We also exhibited in the fleece show with Double Play, and she took a first in her class as well!

The PNAA group does a great job each year, and we look forward to the next event!
Featured Items 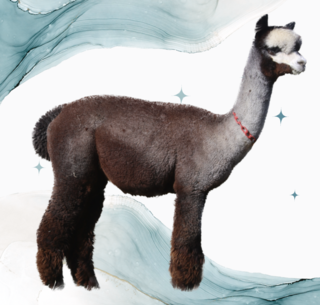 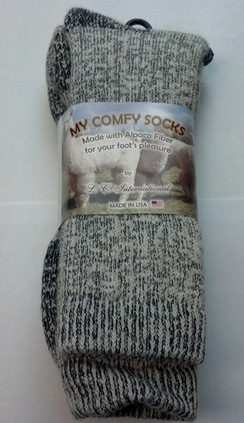 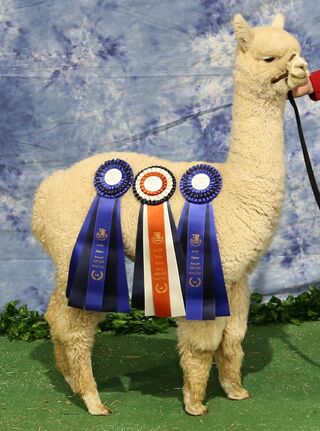